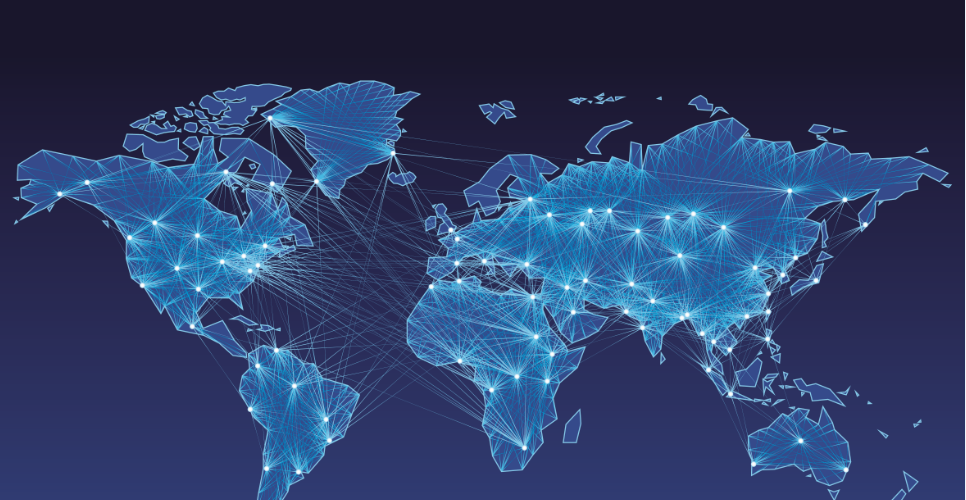 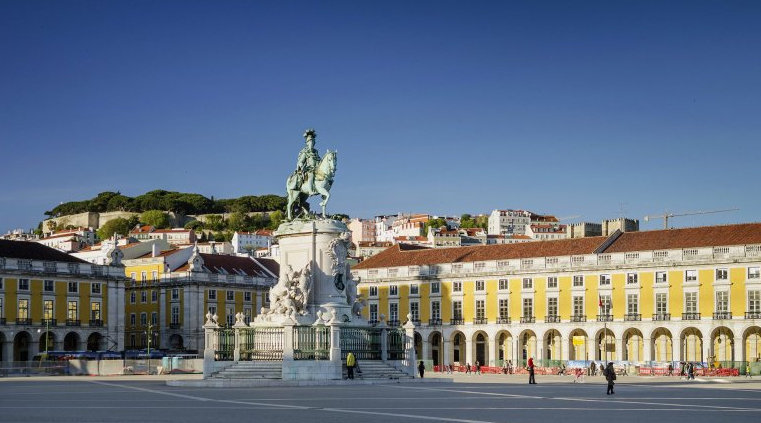 PORTUGAL WITH MORE THAN 10 TOURISM “OSCARES“

Portugal was voted the Best Destination in the World and Lisbon the Best Destination City Break. After the city and country received the same awards in the latest editions of the World Travel Awards. The distinctions were awarded at the Grand Final of the Oscars of Tourism at the Royal Opera House of Muscat, capital of Oman.

Tuper participated in organizing the biggest RM SOTHEBY’S event in Portugal. The event , with more than 1.000 participants, took place in Monteira, Alcácer do Sal, on September 21st. A total of 127 cars were auctioned for a total of over € 10 million. The event was a real success and the organization, in which Tuper had the privilege to participate, is to be congratulated! 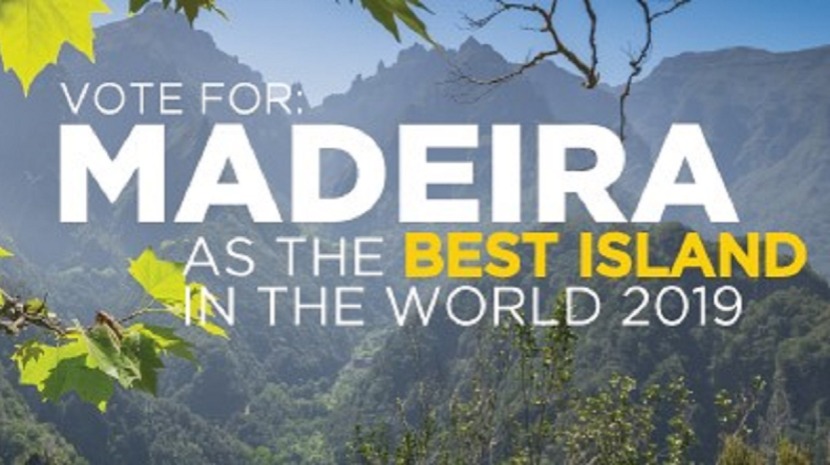 MADEIRA FOR THE BEST INSULAR DESTINATION IN THE WORLD

Madeira is nominated for the 5th time as the World ’s Best Island Destination at the World Travel Awards. This being a remarkable fact, the Madeira Promotion Association has launched a new campaign to mark the moment, continuing the “emotions” concept by presenting a diverse set of experiences that visitors can find at their destination. The awards that Madeira has received are, in addition to the recognition of quality as a tourist destination, an excellent communication tool that has allowed building credible positioning.

Portugal. The Summer, the international campaign of Turismo de Portugal that resulted from a partnership with the US band Portugal. The Man won the 4th edition of the World Tourism Organization (WTO) Tourism Video Competition during the 23rd WTO General Assembly in St. Petersburg, Russia. The summer edition of the international tourism campaign “Can ’t Skip Portugal ” positions the country as “The Summer Destination ” through five sensory films that show a destination rich in experiences and sensations. In a partnership with Portugal. The Man, Turismo de Portugal challenged musicians from around the world to create the soundtrack that showed the warmth of the Portuguese, the national rhythms, a summer that feels all year long and explored the five senses that are also five reasons to visit Portugal. 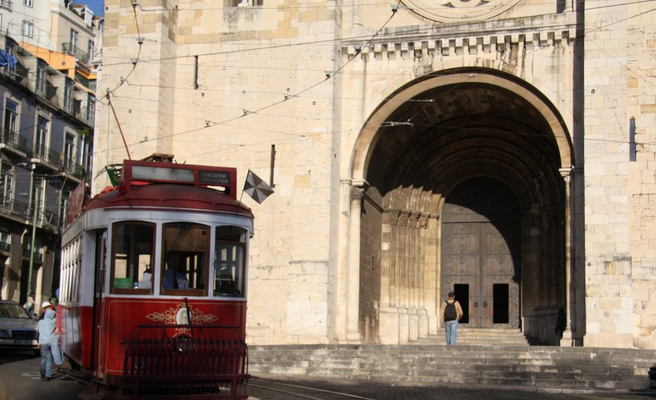 PORTUGAL IS AN INTERNATIONAL REFERENCE FOR TOURISM, AGAIN!

National tourism achieved the best result ever in the Tourism Competitiveness Index. Portugal ranked 12th overall and ranked first in the Tourism Infrastructure category of the 2019 Tourism Competitiveness Report. The data were released on September 5th in the report prepared by the World Economic Forum (WEF), which also recorded an “exceptional hotel density and high quality tourist infrastructure” in Portugal, surpassing countries such as Austria, the United States and Spain . 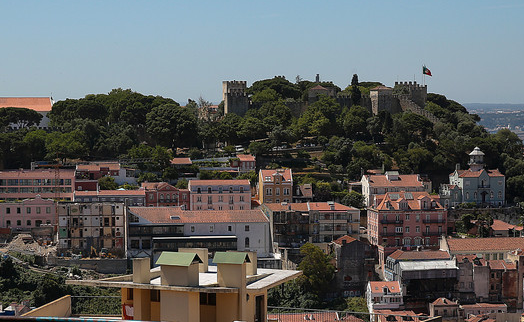 LISBON IS THE 6th MOST REQUIRED WORLD CITY FOR CONGRESSES

Lisbon ranked 6th among the top 10 in the ranking of the International Congress & Convention Association (ICCA), which classify cities around the world at the level of hosting international congresses. For the Portuguese capital, it means a climb of three places in the ICCA classification, and the strengthening of its position as an attractive destination to host large events. The Portuguese capital surpassed London, Singapore and Prague in the list of the most desired destinations. 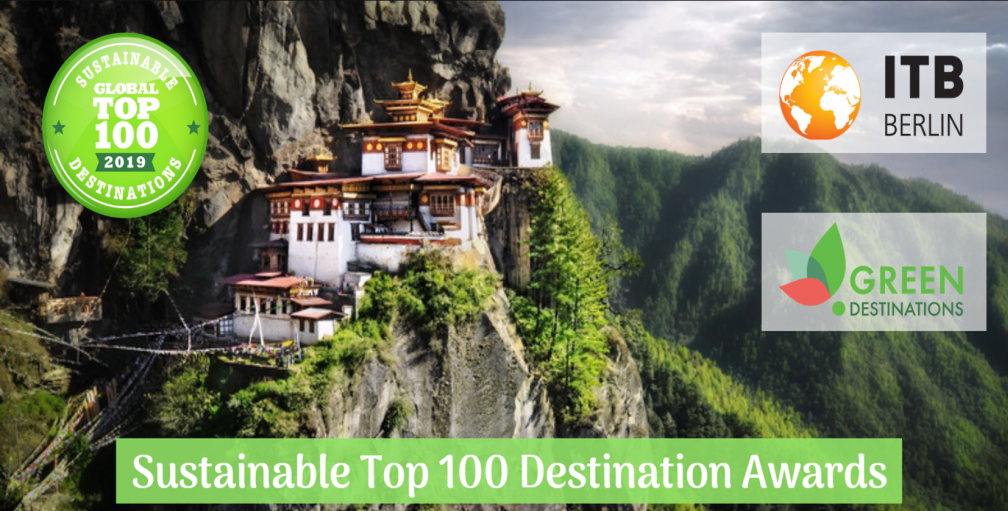 PORTUGAL IS THE BEST SUSTAINABLE DESTINY OF EUROPE

Last March, Portugal received the award for Best European Sustainable Destination for the first time. The distinction was announced in Germany at ITB Berlin, the main international tourism fair. Green Destinations (a non-profit foundation dedicated to sustainable tourism and the main promoter of the prize) referes Agueda, Açores, Cascais and Sintra, Lagos, Torres Vedras and Alto Minho as some of the sucess cases.

In an annual study conducted by the Lisbon tourism observatory to 604 golfers, more than 50% put the Lisbon region in the Top 10 golf destinations to visit and in an overall assessment the region comes up with a score of 7.93 in a scale from zero to ten. One more reason to visit Lisbon! 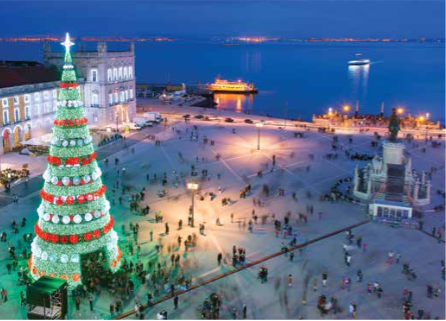 LISBON HAS BEEN ONE OF THE MOST POPULAR CITIES AT CHRISTMAS

The North American news site Business Insider has published a list of the 15 most popular cities to travel during the holiday season, and Lisbon is in the top places. The Portuguese capital ranks fourth in this ranking, which is led by London, New York and Amsterdam, in descending order. The list resulted from a study on the Kayak travel platform between December 22 and January 1, 2019. Portugal is the most popular country, considering that it is the only one with two cities to integrate this top, with the presence of the Oporto in the 14th position

Lisbon is strengthening its position as a world-class tourist destination, and receives the most important night of the year for the global travel and tourism industry. The World Travel Awards Grand Final Gala Ceremony 2018 took place at Lisbon , for the first time, and Portugal was the winner in 17 categories. The Portuguese capital is one of the great winners: Lisbon was voted World’s Leading City Destination and World’s Leading City Break Destination.

Tuper was present at IBTM world the leading global event for the meetings, incentives, conferences and events industry fair that took place from 27 to 29 November in Barcelona. More than 3000 destinations, more than 15,000 professionals in the industry from more than 141 countries worldwide. An unforgettable event to know the best that exists in the market, to be inspired and always guarantee the best experience for its customers. 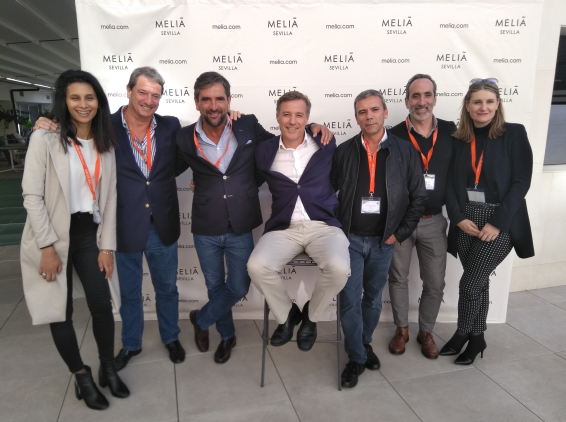 By invitation of Meliá Group the Tuper participated in the Pre-IBTM World event where they met several Meliá Hotel units. An enriching and fun experience that took place in the city of Sevilla from November 25 to 26.

In 1995 Paddy Cosgrave said: “We needed a new home for future growth…we chose Lisbon because of the strong infrastructure in the city, the world-class venue and the thriving startup community.” Now he said that web summit will stay in Lisbon until 2028…come and see for yourself why. Web Summit will be held in Lisbon from 5-8 November this year.

Portugal won, for the second time, the prize for best European destination of the World Travel Awards. The World Travel Awards were founded in 1993. Annually, an international jury of hospitality experts and peers decided on awards presented to hotels and other hospitality companies. In this edition the prize for the best cruise port in Europe was awarded to Lisbon and Turismo de Portugal was also awarded, for the fourth consecutive time, in the category of best European official tourism organization.

The new program Tuper in partnership with Tiago Pires Surf School. The best instructors, the best waves for all ages 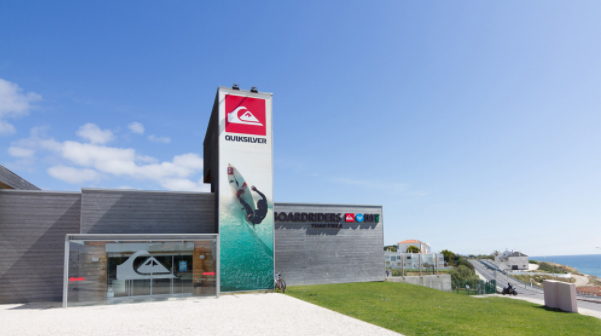 PARTNERSHIP WITH QUIKSILVER ERICEIRA AND TUPER

The largest Quiksilver store in Europe have now a partnership with Tuper! Surf & Sunset, the program not to be missed this summer!